Benjamin Netanyahu’s incoming coalition can expect to face a series of unprecedented security and social challenges. The immediate and most important test comes on the domestic front: namely, preserving Israel’s social cohesion, which has fractured in recent years.

Reasons for this include five elections in a period of four years, polarising the political map. This has all occurred against the backdrop of Netanyahu’s legal trials and the rise to power of extremist, messianic right-wing parties.

Internal cohesion and solidarity are important in any society, but in Israel they are critical due to the deepening domestic divisions occurring at the same time as internal and external threats are growing stronger.

The outcome of the elections, and particularly the allocation of responsibility to extremist right-wing parties for domestic security and issues relating to settlements in the West Bank—including outposts—causes a sense of alienation among sections of the Israeli public. It is also likely to lead to growing friction with the Israeli Arab sector, the Palestinian Authority (PA) and, as a result, also with the international community.

There is a risk of a new intifada breaking out in the near future.

The growing wave of terror attacks[i] committed by terrorists from the West Bank against Israeli civilians reflects the weakness of the PA and its security forces, as Hamas seeks to incite and destabilise the area, mainly through social media networks.[ii] Furthermore, after PA Chairman Mahmoud Abbas departs the scene due to his advanced age and declining health, power struggles will unfold that could cause the PA to collapse, forcing Israel to enter areas under PA control in order to restore order.

In this context, a deeper trend is underway within Palestinian society. Generation Z’s frustration with the status quo is leading to the rise of a new generation of youths who challenge the existing Palestinian leadership and encourage violence.[iii] This is a generation that has not personally experienced the destructive results of past Palestinian uprisings against Israel.

As a result of the above factors, there is a risk of a new intifada breaking out in the near future, which will lead to another bloody round in the Israeli-Palestinian conflict, which has been continuing now for over a century.

Israel and Iran are on an almost inevitable collision course.

In this reality, the new Israeli government must quickly make a strategic decision: will it allow Hamas to continue to foment violence and destabilise the Palestinian Authority’s bailiwick, whilst preserving the relative calm on the Gazan border? Or, alternatively, will Israel strengthen the PA’s security control in its areas of responsibility in the West Bank and help strengthen the Palestinian economy, whilst simultaneously extracting a heavy price from Hamas in Gaza and risking the renewal of conflict in the south?

The government will also have to consider the possible repercussions that a wave of violence in PA-controlled areas could have on Arab Israelis, as occurred in May 2021 during a military operation against Hamas,[iv] which triggered widespread violence in mixed Arab-Jewish cities.

At the same time, Israel and Iran are on an almost inevitable collision course. This is due to the progress of the Iranian nuclear project, which is perceived by Israel as an existential threat. Iran has meanwhile accelerated subversive activity, further increasing tensions throughout the Middle East. Its actions are primarily directed against Israel, and at America’s allies in the Gulf.

Loyal to the vision of its founder, Ayatollah Ruhollah Khomeini, of spreading the revolution, the Islamic Republic of Iran has been working ceaselessly toward becoming the regional hegemon, and arms its proxies and partners[v]—foremost among them Hezbollah, Palestinian Islamic Jihad and Hamas—with precise missiles and advanced weaponry that is aimed at the heart of Israel’s civilian population.

At the same time, Iran continues to promote its nuclear project, whilst hopes of a diplomatic resolution fade. Using advanced centrifuges, Iran is currently rapidly enriching uranium to the level of 60%, at two enrichment centres, Natanz and Fordow.[1] Iran is closer than ever to becoming a nuclear threshold state. It already possesses sufficiently enriched uranium for four nuclear bombs,[vi] and there is a possibility that in the near future, Iran will enrich a small quantity of uranium to the 90% military grade level, thereby officially becoming a threshold state.

At the same time, Iran has in recent years successfully developed an advanced long-range missile system that places Israel and southern Europe in its range. It includes unguided and guided missiles, cruise missiles, and satellite launchers that could, in the future, carry a nuclear warhead.[vii]

Should Iran attempt to spring for the bomb during the term of the incoming Israeli government by working on a miniaturised nuclear warhead, the government will face a fateful decision on whether to order an attack.

The government will have to take into account the fact that Israel will need to rely on itself in such a conflict with Iran, since the current climate suggests that the US administration and European governments are not enthusiastic about direct military involvement. Despite the public statements of President Joe Biden that the US will not allow Iran to become a nuclear weapons state,[viii] the assumption that Washington will itself take military action against Iran’s nuclear program does not seem very convincing at this time.

There is a reasonable scenario that an Israeli attack against Iranian nuclear facilities will develop into a broad regional war.

The Iranian decision to support Russia in its war with Ukraine with a supply of suicide drones together with military instructors, as well as its apparent intent to supply Moscow with ballistic missiles, is likely to create a Russian reciprocal commitment to support Iran, and this could have dangerous repercussions for Israel. It could take the form of Russia supplying advanced weapons systems to Iran, including air defence systems. There could also be a Russian attempt to limit Israel’s freedom of manoeuvre in Syria, where Jerusalem works to disrupt Iranian entrenchment.

Another challenge that awaits the new government is Hezbollah’s unprecedented force build-up and the growing boldness of its leader, Hassan Nasrallah. Hezbollah’s acquisition of advanced weapons, including precise missiles, air defence batteries, sea-to-shore missiles, cyber capabilities and more, is occurring alongside the construction and training of an experienced assault force that will target northern Israeli communities on the Lebanese border in a future war. Hezbollah’s Radwan[ix] elite force has the task of conducting such cross-border raids in a future war, and it has gained much experience while fighting on behalf of the Assad regime in Syria. This creates a serious threat to the Israeli home front.

Iran’s goal in setting up armed militias in possession of advanced missile arrays around Israel’s borders is to deter Israel from attacking Iran, and alternatively, to extract a heavy price if Israel chooses to attack, nonetheless.

Hence, there is a reasonable scenario that an Israeli attack against Iranian nuclear facilities will develop into a broad regional war where Iran and its proxies, including Hezbollah, PIJ, Hamas, and perhaps the Houthis in Yemen, fight against Israel.

Any one of these scenarios is not in the realm of fiction. The government must prepare for extreme possibilities, and strengthen Israel’s strategic alliance with the US as much as possible. It must also make every effort to preserve and boost ties with the American Jewish community, which plays an important role in the American-Israeli alliance, and avoid steps that would undermine the traditional ties between the two largest Jewish communities in the world.

Naftali Granot is an expert at The MirYam Institute. He concluded his intelligence career as Deputy Director of the Mossad in 2007.
See all articles by this author 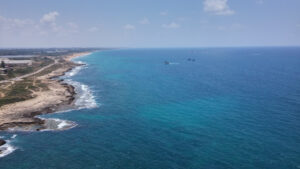 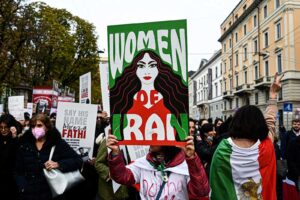 “With Education You Can Face Every Struggle”: Gendered Higher Education in Iraq and Iraqi Kurdistan – Part Three: The Gender Problem