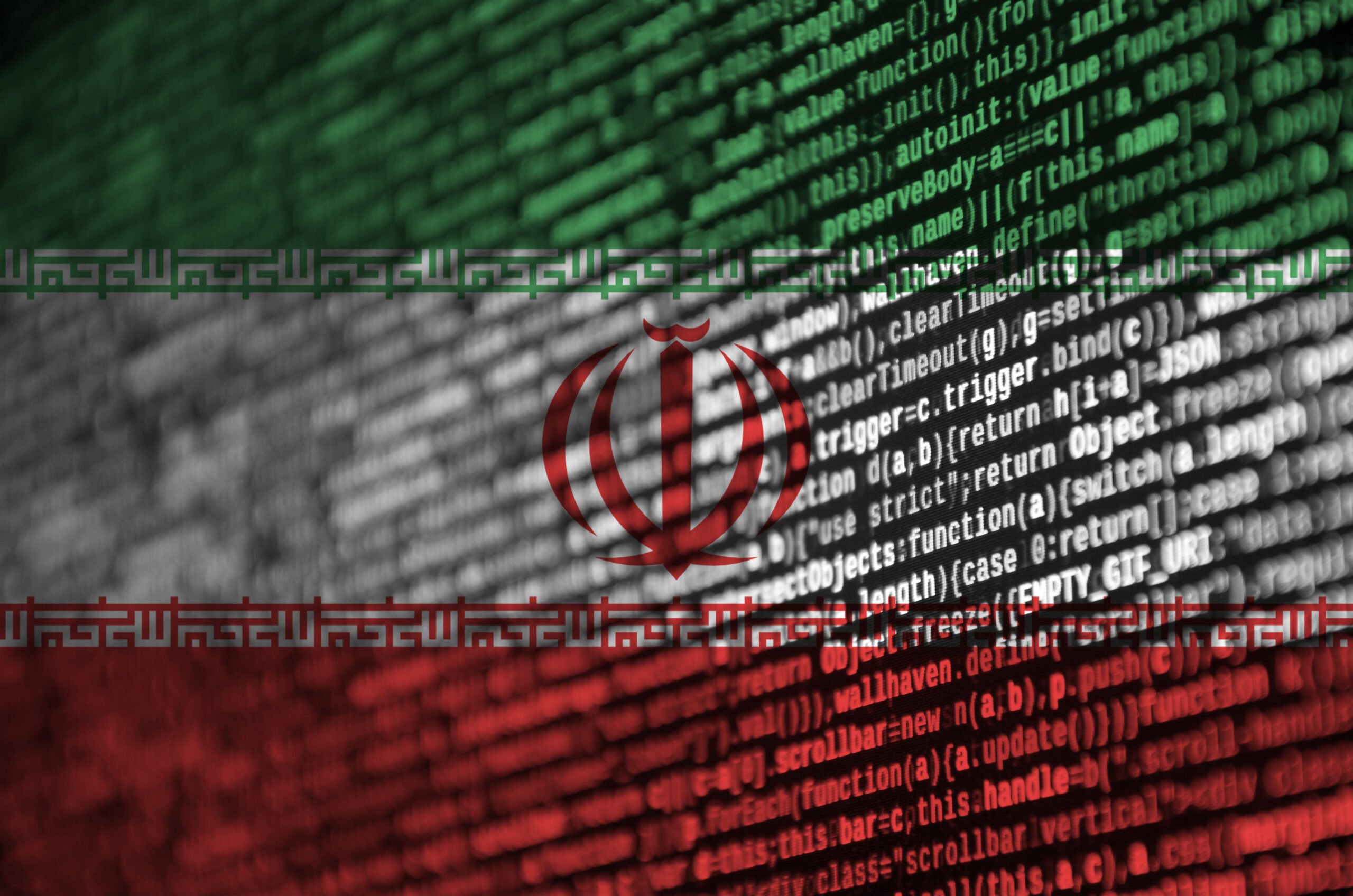 Can the West Circumvent the Iranian Regime’s Ultimate Monopoly of the Internet?

The ongoing civil protests[i] taking place across Iran in response to the killing of Gina (Mahsa) Amini, which have been taking place since 13 September, have been accompanied by the vast social media exposure which has become characteristic[ii] of public protests in recent years. Social media has been praised by experts as emancipatory tool[iii] with which individual voices are able to sidestep the traditional information hierarchy afforded to government owned media platforms. Platforms such as Twitter and Facebook allow anti-governmental narratives to break through into the international digital realm, taking away the regime’s narrative monopoly. On Twitter alone, the hashtag #MahsaAmini has been used over 2 million times since the start of the protests, garnering online support from across the globe.

The internet’s role as an amplifier for the voices of the traditionally silenced has not been underestimated by the Iranian regime, which has responded to the current protests with widespread internet shutdowns[iv] in an attempt to silence dissent and control the transmission of information to an international audience. This is a tactic which is not unique to the current situation in Iran, and has been utilised with increasing frequency in the MENA region in recent years since the Arab Spring by the Iranian regime[v] and other states[vi]. However, the specific context surrounding Iran’s use of internet blackouts must be analysed more closely by the West to understand how economic sanctions can result in unforeseen consequences in the realm of state monopoly over the internet, and how to tackle this new challenge.

Internet Restriction as a Tactic of Control

Digital repression as a means of warping the public conversation and controlling populations reflects a wider policy of hard-line rule.

The use of the internet, or rather the restriction of internet use, by aggressive states as a tactic of war against their own people is not a phenomenon which is exclusive to Iran. In China[vii], President Xi Jinping’s restrictive policy on internet access and stringent digital media controls have been the subject of extensive international criticisms since 2009. More recently, Russian President Vladimir Putin’s domestic internet lockdown[viii] amidst the ongoing invasion of Ukraine has proven another example of the state controlling information dissemination and the transmission of dissent through internet and social media control. This tactic has been criticised[ix] by the UN since 2016, after the Human Rights Council passed a pointed resolution which condemned internet shutdowns by sovereign governments.

With relations between Iran and Russia continuing to strengthen and develop in recent years, the tendency of both states to exercise this tactic is neither surprising nor out of character. Both Iran and Russia’s use of digital repression as a means of warping the public conversation and controlling their populations reflects a wider policy of hard-line rule against their people. However, whilst the West remains preoccupied with Putin’s advances in Ukraine, causing international headlines to be dominated by the iron-fist with which Putin controls the Russian population, the connotations of the internet blackouts by the Iranian regime risks being comparatively overlooked.

The Construction of a State-Controlled Internet

The isolated nature of the Iranian digital infrastructure puts the population at the complete mercy of the regime.

Although Iran is not the only state to exercise this tactic of internet blackouts to control dissent, the economic sanctions placed on the country by the US, and more broadly the West, actually put the regime in a privileged position to enforce a more successful internet shutdown than other countries. Due to the sanctions preventing[x] Western tech companies from investing in the country’s digital infrastructure, the Iranian state effectively possesses a sole monopoly on digital information services. Unlike other countries, which rely on Western tech institutions, and the transnational nature of digital infrastructure, the centralised control afforded to the Iranian regime amplifies the effects of government enforced internet blackouts and undermines the power of the West in the region. As a result, the Iranian regime is able to completely remove international internet traffic from the equation by creating an effectively isolated ‘national internet.’[xi]

During the civil protests in Iran in 2019, initiated as a response to public outrage against rising prices of gasoline, approximately[xii] 1,500 protesters were killed by government forces and a further 4,000 were injured. In order to undermine international visibility and information transmission, the Iranian regime enacted an enforced internet blackout across regions of the country for a period of 4-6 days[xiii]. In a similar fashion, in late September of 2022, there were  reports[xiv] of mobile internet access being shut down across the country, as well as restricted access to Instagram and WhatsApp as a government response to the ongoing civil protests. (Other social media platforms such as Facebook and Twitter were already banned by the regime.)

Beyond this, the Iranian regime is currently in the process of enacting a new bill [xv] which would extend the state’s powers in restricting internet access by criminalising VPNs and transferring the control of the internet from the civil government to the armed forces. This attempted militarisation of the internet, in congruence with the isolated nature of the Iranian digital infrastructure, puts the population at the complete mercy of the regime.

On 24 September, the U.S. Department of the Treasury announced[xvi] a relaxation on sanctions to help facilitate the introduction of Western tech into Iran in an attempt to alleviate the digital isolation enforced by the regime. This paved the way for the introduction[xvii] of non-state actor Elon Musk’s Starlink technology into the fold. Starlink technology utilises low-orbiting satellites which interact with rooftop receivers to provide an alternative internet to the state-governed provider. In theory, this would allow the Iranian people to access internet from outside of the regime’s strict controls and enable the dissemination of information both into and out of the country. Although reports[xviii] have surfaced of smugglers attempting to integrate the compact rooftop receivers into Iran, the main problem facing the successful implementation of this is the dangers posed by the regime’s strict surveillance. In order for this method to succeed, the on-the-ground technology would need to remain undetected. This would prove an extremely difficult and complex operation, which many reports[xix] deem highly unlikely to succeed, especially through a civilian operation.

While Starlink was recently successfully implemented in Ukraine[xx] to bypass similar Russian controls in the ongoing conflict, the skyrocketing prices[xxi] of Starlink’s providers in war-torn Ukraine suggest the limitations to the long-term relief that this solution actually provides for economically downtrodden nations. The question then arises: Even if Starlink’s rooftop receivers are able to be successfully smuggled into Iran, is it a viable solution for such an economically destitute population? If the reports from Ukraine are any indication, the answer is no. Furthermore, the political circumstances surrounding Ukraine and Iran, and the states’ subsequent reception of such technology, are very different. Whilst Ukrainian President Volodymyr Zelensky welcomed[xxii] the introduction of Starlink technology to alleviate the internet suppression enforced upon Ukrainians by Putin, the Iranian regime will apply force and actively sabotage on-the-ground implementation of rooftop receptors in Iran. This factor, along with the problem of cost, should not be underestimated.

In the digital age, a nation's internet infrastructure dictates the trajectory of information transmission, particularly in periods of conflict.

Lessons to be Learned

The growing role which the internet plays in modern conflict at the grassroots and national levels, and the way in which players manoeuvre and weaponize this force, must be monitored very carefully. The circumstances that have culminated in the perfect storm for the Iranian regime to enact effective and severe information chokeholds through internet restriction must be noted by Western powers in order to prevent and predict future acts of similar digital aggression by state actors. Not only does this novel monopoly that the regime holds over Iran’s internet structure undermine the digital influence of the West, but it also presents an example of anti-Western alternatives in digital governance to other authoritarian-leaning regimes.

Looking ahead, the West must learn from the situation in Iran and begin proactively aiding the development of alternative internet providing technologies in order to overcome this contemporary consequence of economic sanctions. In the digital age, a nation’s internet infrastructure dictates the  trajectory of information transmission, particularly in periods of conflict. Until now, this has been largely overlooked by Western policymakers. However, as the implementation of economic sanctions continues to be required in the current global security landscape, the need for uninhibited information transmission must be centralised. The development of alternative technologies such as low-orbiting satellites should be prioritised to avoid successful internet shutdowns by rogue states in the future. The reliance on private tech firms in providing technological substitutes, such as Musk’s Starlink, should be replaced by an asserted effort to develop and produce government-funded, long-term and economically sustainable solutions by the US and its Western allies.

Tugela Pepin is the Director of Operations at the Cambridge Middle East and North Africa Forum. She holds a Master's degree in International Relations and a BA in Theology. Her research focuses on the role of digital technologies in politics and modern conflict in the Middle East.
See all articles by this author 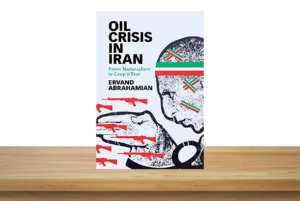 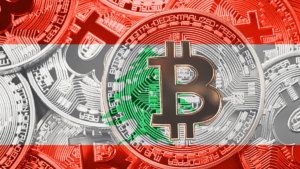 Bitcoin in Beirut: Cryptocurrency Adoption in the Face of Financial Turbulence