Rapprochement and Realignment in the Middle East

For years, the Middle East and North Africa has been viewed as a region beset by political upheaval and military conflict. Yet a decade after the Arab Spring provoked uprisings in Tunisia, Libya, Egypt, Yemen, and Syria, it appears that the region is ready to adjust course. Wounded by protracted war, tit-for-tat escalation, and the coronavirus pandemic, the region’s states have realised that unrestrained competition and violence are working against their security and stability. Diplomacy and cooperation are back in vogue.

It is for this reason that Manara’s third issue of 2022, “Rapprochement and Realignment in the Middle East,” considers how a diplomatic deluge is reshaping regional politics in real time. Old rivalries between Sunni and Shia and Muslim and Jew, intra-Gulf tensions, and ideological struggles appear to have been set aside in pursuit of shared gains. Israel, once ostracized from its neighbours, is coming to grips with its new regional position. Eran Eztion analyses how Israelis are responding to the signing and expansion of the Abraham Accords, while Dr. Burcu Ozcelik assesses the impact of normalisation between the Jewish state and Turkey. For its part, Turkey, too, has sought to bury the hatchet with its Arab rivals. Sine Ozkarasahin evaluates Ankara’s new foreign policy, and how the turnaround in Turkish relations with Egypt and Saudi Arabia is reorienting regional alignments.

There is much happening within the Gulf as well. The Arab Gulf states’ isolation of Qatar from 2017-2021 has subsided, and, as Giorgio Cafiero observes, their relationship has begun to thaw. Iraq, too, has mediated multiple rounds of dialogue between Saudi Arabia and Iran, although, Kamaran Palani writes, such meetings have been stronger on symbolism than substance, and many challenges remain. Saudi Arabia has much at stake in these negotiations, Ambassador Ali Asseri explains, as Iran is the fulcrum on which many regional challenges depend and has thus far been unwilling to offer real compromise. This suggests that Tehran’s negotiations with the West to revive the Joint Comprehensive Plan of Action (JCPOA) face headwinds, and, as Ali Ahmadi discusses, even if such talks succeed in lowering tensions between Iran, the United States, and the Arab Gulf states, regional peace is a distant prospect. In fact, successful Gulf-Iranian de-escalation will not automatically resolve the conflicts in Yemen or Syria either, the latter of which, Alexander Langlois notes, is headed toward a prisoner’s dilemma with troubling consequences beyond the Middle East. Whether Europe and the West can meaningfully contribute to regional conflict resolution is unclear, however, Mahmoud Javadi contends that a renewed focus on environmental and human security can help the European Union identify opportunities for mutual security and economic gains.

These are only some of the ongoings that stand to reorder the Middle East after years of turmoil. Indeed, external developments including China’s growing influence and Russia’s war in Ukraine are also affecting regional politics. The United States, too, appears intent on reducing its military footprint and shifting its focus to Europe and Asia after years of war, creating additional impetus for regional jostling. It remains to be seen whether the region’s states will capitalize on this opportunity to forge a new, sustainable balance of power or if old enmities will prevail, but it is our hope that this issue will promote new thinking and discussion on the Middle East’s future. 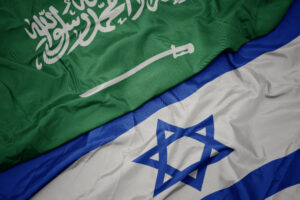 Beyond a Tacit Security Regime: Constraints on Saudi-Israeli Relations 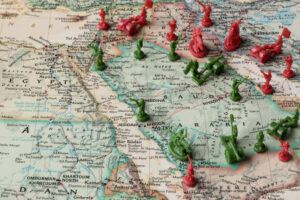 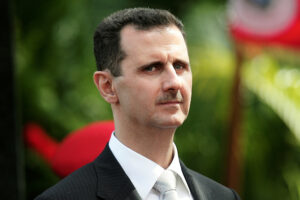