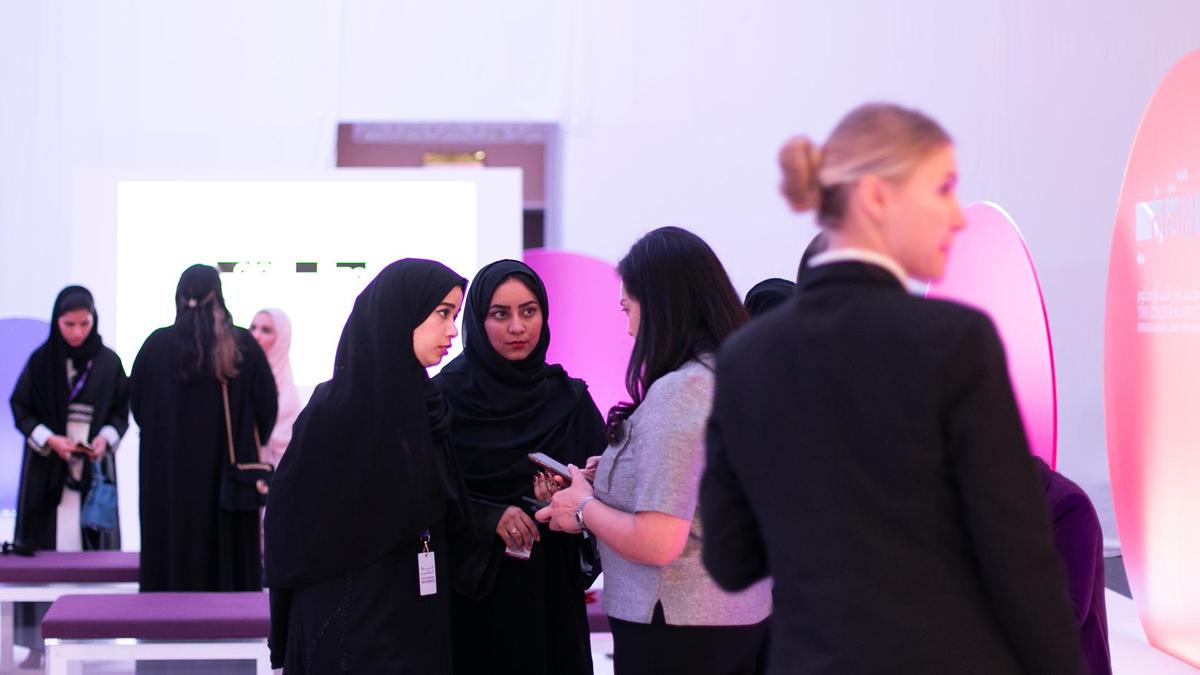 How Can Covid-19 Alter Gender Reality in the Arab World?

In a matter of months, the coronavirus has brought the world to its knees. Devastating damage inflicted by the pandemic has rippled beyond healthcare systems to various sectors of the global economy, exacerbating inequalities in the Arab world giving it the largest gender gap in the world[i]. Although Arabs have witnessed major setbacks in several fields, this article focuses on the pandemic’s effect on gender inequality. Due to the pandemic, evident disempowerment of women has been seen in personal, political, social, educational, and economic settings[ii]. What are the causes of these major gender inequalities in the Arab World? And how can COVID-19 impact the efficacy of gender interventions?

Gender Inequality in the Arab World

A. In the Workforce

Women have been disproportionately represented in the workspace in the MENA long before the pandemic. These existing gender inequalities widened during the COVID-19 pandemic. Women are more prone to health and economic damages in the Arab region than those in other regions worldwide. Furthermore, female workers are clustered in the healthcare sector, increasing their risk of infection and economic instability. For instance, nurses in Egypt are mostly women, outnumbering men by ten to one[iii]. In Lebanon, 80% of the country’s registered nurses are women. Furthermore, Lebanon’s syndicate of hospitals reported nurses working longer hours with a reduction in salaries, increasing their risk of contracting COVID-19 and weakening their economic state, respectively[iv].

The Arab region marks the highest care labor inequality globally as women are involved 4.7 times more in care labor than men. This disproportion in care work has pushed women out of the workforce.

While all individuals are confined to their homes, Arab women are generally expected to work remotely and care for their children and husbands or other members of the family. Research conducted on Egyptian households show that fewer than a quarter of the men surveyed cleaned or cooked in the last month, and up to 98% of Egyptian men support the allocation of care labor, especially children care, explicitly to women[v].  Unsurprisingly the Arab region marks the highest care labor inequality globally as women are involved 4.7 times more in care labor than men[vi]. This disproportion in care work has pushed women out of the workforce. Statistically, Arab women get paid 78.9 percent less than men on a per capita basis and are expected to lose around 700,000 jobs due to the pandemic[vii].

Whether at an individual or organizational level, societal ideals play a major role in gender inequalities. At an individual level, gendered societal norms are integrated into a person’s identity at a young age. As early as five years old, children perform noticeable gender-linked behaviors that vary according to their environment[viii]. Consequently, children develop gender-directed memories as they witness, reproduce, and internalize these behaviors. In some countries, such as Egypt and Jordan, a woman’s duty to obey her husband is upheld by family law in exchange for monetary support[ix]. As children are motivated to engage in these behaviors to conform to social norms, previous gender ideals are passed down from generation to generation along with previous gender inequalities[x].

Carried into adulthood, these ideals can be extrapolated to a national level where governments fail to introduce gender responsive policies. In Egypt for instance, women encompass only 15% of Egypt’s Parliament and 25% of the Cabinet, reflecting societal gender ideals that deem women largely unfit for governmental positions[xi]. Indeed, the COVID-19 Global Gender Response Tracker measures the degree of gender responsiveness of policies and governments responses. In Lebanon for instance, the Lebanese government allocated 1.2 trillion LBP (300 million USD) to aid low-income families, providing them with monthly monetary assistance. However, this policy was deemed non-gender sensitive by the tracker as it fails to consider the already existing gender gap. Meanwhile, Saudi Arabia also released twelve policies that targeted the labor market of which not a single one was deemed gender responsive[xii].

Lockdown measures have extensively damaged the educational system by interrupting the education of around 1.5 billion students around the world. Before the pandemic, Syrian refugees were provided 12 years of free education, enrolling almost all primary-aged Syrian children in school and around 65% in secondary school. As COVID-19 has extensively damaged the educational system in the Arab region, around 2 million Syrian children and nearly 700,000 Syrian refugees in Lebanon, Jordan, Egypt, Iraq, and Turkey have abandoned school[xiii]. As dropout rates are increasing, girls are disproportionately dropping out of school and are not expected to go back in the future. Several factors contribute to this phenomenon, such as the recent increase in care work having reduced the time and access of girls to online education while also increasing exposure to gender-based violence[xiv]. Girls from Lebanon reported that in-person education shields them from violence and harmful gender norms[xv].

As the world witnesses these tragic events, many research companies and worldwide organizations have spurred into action. Addressing global gender disasters, McKinsey Global Institute, for instance, suggests addressing female stereotypes that portray women with low digital literacy, providing technologies to people who do not have access to them, and improving national digital infrastructures to create a more gender-inclusive workspace[xvi]. The institute also encourages the use of a zero-tolerance policy for gender discrimination addressing attitudinal biases[xvii]. Concerning global care labor, Oxfam’s time to care report supports a “4R framework on care” that focuses on Recognizing care labor, Reducing time spent on care, Redistributing tasks within the household, and representing caregivers, and voice their concerns in policy-making and other areas affecting their lives[xviii].

At an educational level, the UNESCO-published guide targeting practitioners and policymakers, that focuses on interventions that strive to reintegrate girls into the educational system[xix]. The guide provides interventions that address issues faced by students, teachers, and organizations during online learning and the future opening of schools. Curriculum reform, learning feedback loops, and measures protecting girls from online violence and exploitation are among these interventions. The ESCWA similarly suggests interventions that are responsive to the Arab region. It emphasizes the need for data and statistics to power interventions and investments and highlights the extensive development government needs to achieve in order to tighten the gender gap in the education, economic, and fiscal field[xx].

Interventions by global institutes can provoke changes within the household, altering gendered experiences and interactions witnessed by parents and children.

Although the COVID-19 pandemic has caused major setbacks in several areas of life, it has allowed for a stronger impact of gender initiatives aimed at young children. As stated previously, the assimilation of gender occurs as a network of attributions integrated into self-concepts at a young age, what is known as a gender schema. Before the pandemic, children interacted with a culture influenced conservative environment, transferring these historical ideals to younger generations[xxi]. However, social isolation limits a child’s interactions, allowing parents and schools to be the main source of gendered norms, and to teach children non-discriminative gender ideals. Interestingly, previously stated interventions by global institutes can provoke changes within the household, altering gendered experiences and interactions witnessed by parents and children. Such changes can induce small gender differences that allows the foundation of a more gender-inclusive society. For instance, elevating the burden of care labor from Arab women with the help of gender interventions can help introduce a more gender inclusive environment to children and act as a gender schema deviating from traditional gender roles.

Such interventions necessitate complementary actions by parents and governments. Partnerships between parents and schools can play an important role in uniting the two worlds and deliver a united message to children. Indeed, the assimilation of gender is mainly associated with content-specific information presented to children[xxii]. Altering the latter can modify gender ideals in children. Schools are key here in creating policies and educational content that assure parental cooperation in gender-inclusive initiatives. Governments can also play a huge role in achieving progress. Standardizing these policies for all schools in a culture- and gender-responsive manner can lead to a larger regional impact and more reduced future gender inequalities. Furthermore, providing technologies to marginalized individuals assures a faster national recovery. Indeed, one major obstacle that has prevented all the above interventions to occur is the limited access to the internet. The use of technology is also gendered in the Arab world as girls are not allowed access either due to cultural beliefs or to increased care labor[xxiii]. Thus, striving to provide equal access to technology is an essential first step of governments to open the door for possible virtual interventions.

The world has fallen victim to an invisible aggressor, weakening every aspect of human life. Even as the COVID-19 vaccine is being deployed, worldwide tragedies are increasing daily. Faced with the largest gender gap worldwide, Arab women are in dire need of interventions that alter this unfortunate reality. Such interventions and policies supported by global institutes and complemented with partnerships between parents and schools can create a gender-inclusive lifestyle that not only produces a safe environment for all children to grow and learn but progressively alters gender ideals for future generations, setting the stage for more gender-inclusive societies. While women are suffocating under the weight of the pandemic, this is the world’s opportunity to come together and overcome this dark era of history. As the Secretary-General of the UN stated in a memorial video to the 2 million lives lost due to the coronavirus, “Our world can only get ahead of this virus one way – together. Global solidarity will save lives, protect people and help defeat this vicious virus”[xxiv].

Rita Sebaaly is a student at the American University of Beirut and a part of the US-Middle East Partnership Initiative (MEPI) Gender Scholars Program.
See all articles by this author 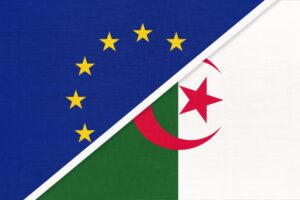 Algerian-European Relations: Between Partnership and Servitude 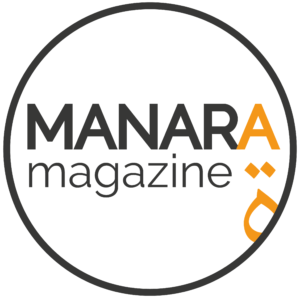 The MENA Region in Transition Yemen: From Bad to Worse