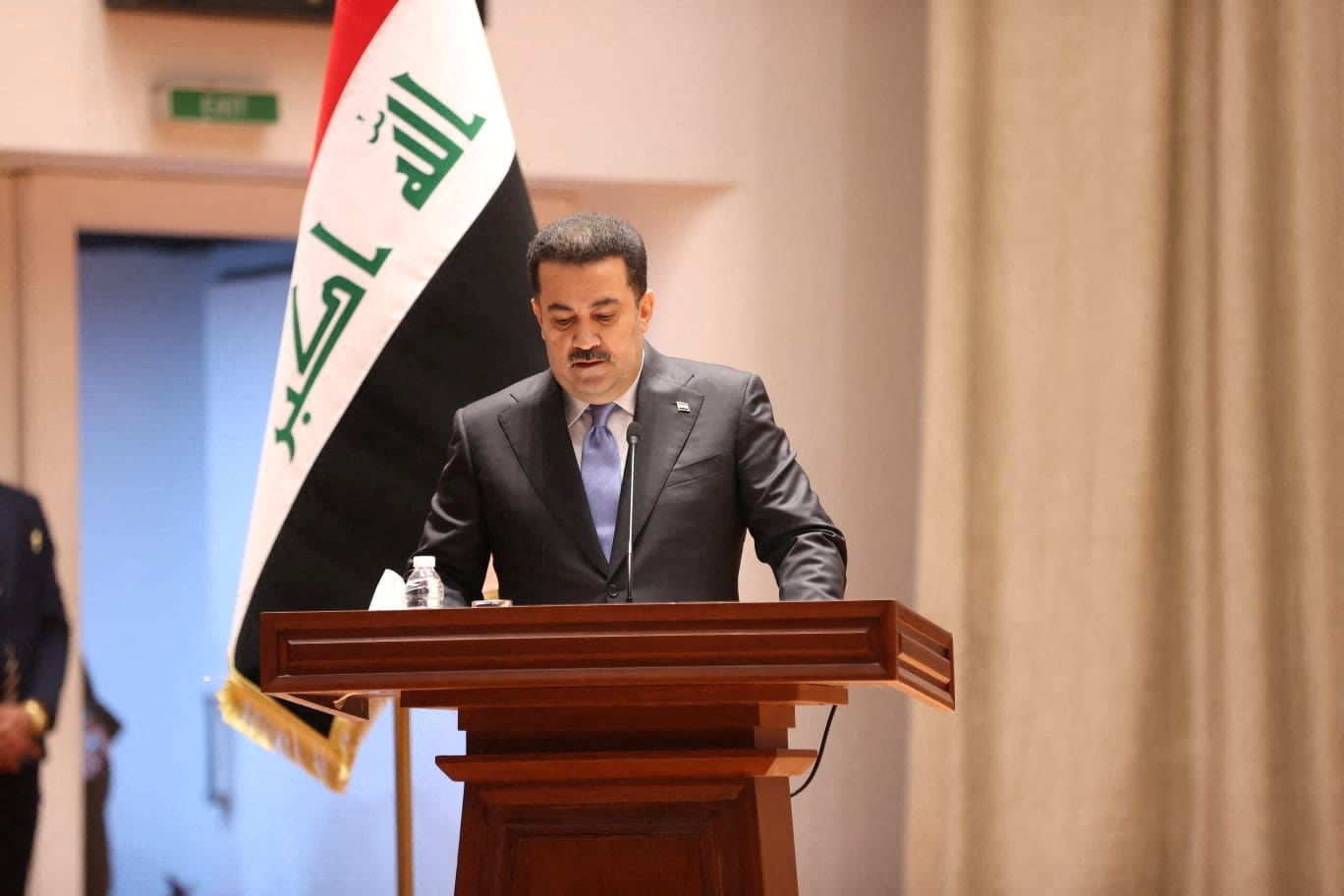 Can the Iraqi Prime Minister implement his pledges?

After more than a year of political stalemate, the Iraqi government headed by Mohammad Shiaa al-Sudani was formed, and his selections for ministerial positions were passed without much Parliamentary obstruction. Iraqis hope that the new Prime Minister and his government will be able to fulfil the promises he made to address the country’s deteriorating conditions and limit rampant corruption.

Following Muqtada Al-Sadr’s withdrawal of 73 deputies in late August and the announcement that he was leaving politics, violence erupted in Baghdad. His supporters stormed government buildings and fought rival Shiite groups, most of whom are backed by Iran and have militias and armed wings.[i]

Political quotas are one of the basic principles upon which successive Iraqi governments were founded after 2003. It is based on the ‘right of the Shiite majority’ with regard to the position of Prime Minister, which Tehran supported by building a broad alliance of sectarian identity groups, to be a major driving force in determining decisions and policies according to its interests.

Iraq’s political reality has produced a regime that ostensibly adheres to deliberative democracy but, in fact, manages its multiple interactions in a holistic and authoritarian manner. That includes state actors and a large number of Shiite militia groups which operate as a state within the state and are linked to a transnational network run by Iran’s Islamic Revolutionary Guard Corps (IRGC).

Indeed, the ‘Coordination Framework’ parties—an umbrella group of Iraqi Shia parties which is closely tied to the IRGC[ii]—constantly interfere in Iraqi security and economic affairs. This has led to the very real possibility that pro-Iranian blocs will further penetrate various government institutions.

[Armed factions] may exceed the authority of the state itself—thereby creating a ‘parallel state’ in Iraq.

In the same context, the armed factions seek to consolidate their political, economic and security influence to become stronger than the Iraqi state and its institutions. The role played by these factions and the support they receive from Iran and influential political parties, in addition to their control over some border crossings, customs collections, and Iraqi oil production and sales, means that their power may exceed the authority of the state itself—thereby creating a ‘parallel state’ in Iraq.[iii]

It should be noted that figures from the Popular Mobilisation Units, an Iraqi state-sponsored organisation, have assumed some ministerial positions. For example, the current Minister of Higher Education, Naim al-Aboudi was a spokesman for Asa’ib Ahl al-Haq, a militia that the United States has designated as a foreign terrorist organisation.[iv]

Prime Minister Al-Sudani was one of the leaders of the Islamic Dawa Party before he submitted his resignation in 2019.[v] His candidacy for the post of Prime Minister received internal, regional, and international support, and he will have an opportunity to improve services, develop the economy and expand job opportunities if he can limit the influence of the former prime minister, Nouri al-Maliki. If al-Sudani is successful in this, he will be able to work independently and without political pressure, despite the absence of a strong political bloc that qualifies him to impose his will, as his political movement has only three parliamentary seats.[vi]

The new Prime Minister has pledged to fight rampant corruption. He said in a speech to the deputies that corruption constitutes “a serious threat to the Iraqi state, more dangerous than all the others that have weighed on Iraq.” Furthermore, he promised that he will not repeat previous governments’ mistakes regarding the fight against corruption, noting that Iraqi citizens want to hold the perpetrators of corruption accountable and recover the stolen funds.

Yet the new Prime Minister’s vows to tackle corruption will create challenges for his government. The Al-Sudani government has already begun to pursue corruption networks, including by arresting members of one of these networks for stealing and smuggling crude oil in the Basra Governorate in southern Iraq. Among those arrested are senior officers and merchants who allegedly smuggled up to 75 million litres of oil per month.[vii] In comparison to the overall magnitude of things, however, what was stolen is incomparable to the billions of dollars that some politicians and militia leaders have embezzled.[viii]

The persistence of a clientelist system at the centre of Iraqi political organisations explains why dismantling corruption is a complicated project.

One of the most complex obstacles facing the new government will be limiting the activities of the militia-affiliated economic offices located in and outside the state ministries which work to guarantee a share of contracts and jobs and to impose royalties on contractors and shops. On the other hand, these militias have succeeded in linking up with non-governmental networks that facilitate corruption and access to funds—the backbone of which is oil revenues.

The persistence of a clientelist system at the centre of Iraqi political organisations explains why dismantling corruption is a complicated project; there’s a status quo of the wealthy giving their loyalty to a political class in exchange for business deals and investment contracts. Such a system can also lead to intertwined networks of personal loyalty, as most businessmen are engaged in growing their wealth by supporting the ruling political class, thus enabling them to indirectly influence political decision-making. Allegations spread among the public about parties paying huge amounts of money to ‘buy and sell’ ministries and positions during the formation of the current and previous governments. Claiming that this is a standard procedure, the major parties take over and sell ministries to the highest bidder.

The Iraqi economy is still captive to oil revenues, and its public sector is bloated and suffers from disguised unemployment, as its current salary bill constitutes two-thirds of the total state budget,[ix] while the current unemployment level is estimated at 16.5 per cent.[x] The budget also goes up and down according to oil prices. Foreign investment is almost non-existent due to instability in the country, which drives away foreign investors who seek protection and security.

Indeed, the absence of a strategy to limit the proliferation of weapons by the state means more human rights violations, especially since the militias are engaging in arms trafficking, which is a dangerous indicator that the state’s capabilities in providing security and stability are declining.

Climate change is placing additional burdens on the Al-Sudani government, which must contend with Iraq’s legacy of environmental mismanagement and the absence of a strategy for environmental rehabilitation and development. To be sure, Iraq is one of the countries in the world most affected by climate change. During the past few years, temperatures have exceeded 50 degrees Celsius in many places during the summer.[xi] It is also afflicted by decreasing rainfall, frequent sand and dust storms, decreased water flows from neighbouring countries and increased drought.

Managing Iraq’s foreign relations will also pose particularly complex problems for Prime Minister al-Sudani. Considering that his government includes partisan figures such as Qais Khazali, the Secretary-General of Asa’ib Ahl Al-Haq, who refuse to strengthen relations with Arab countries for fear of undermining Iran’s political interests, Iraqi relations with the Gulf Cooperation Council countries, Jordan and Egypt may be fraught.[xii]

Another challenge for al-Sudani is whether he can successfully mediate the political disputes over oil contracts and revenue distribution that will arise between the Iraqi federal government and the Kurdistan region. The new oil minister appointed by Maliki’s coalition will likely take a hard line on the oil dispute between Baghdad and Erbil, which has been going on for years. Since the parties participating in the political process agreed to the government’s program and the Iraqi parliament approved it, and this program included issuing an oil and gas law which makes the continuation of political and economic tension a possibility, compromise will be needed to manage the different approaches by the central government and the regional government.[xiii]

Despite the successful formation of the government, Prime Minister Mohammed Al-Sudani has his hands full. Since his administration will not be immune to pressure and is facing a large number of internal and external challenges, fulfilling some of his undertakings will be difficult.

Dr. Huda Al-Nuaimy is a senior independent researcher. She received her Ph.D. in political science from Al-Nahrain University in 1999.
See all articles by this author War by Proxy: The Balkanisation of Middle Eastern War Tactics 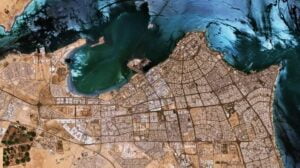 Kuwait: The Lynchpin in the Northern Gulf Will the Ukraine Crisis Lead to an Opening in US-Iran Relations?