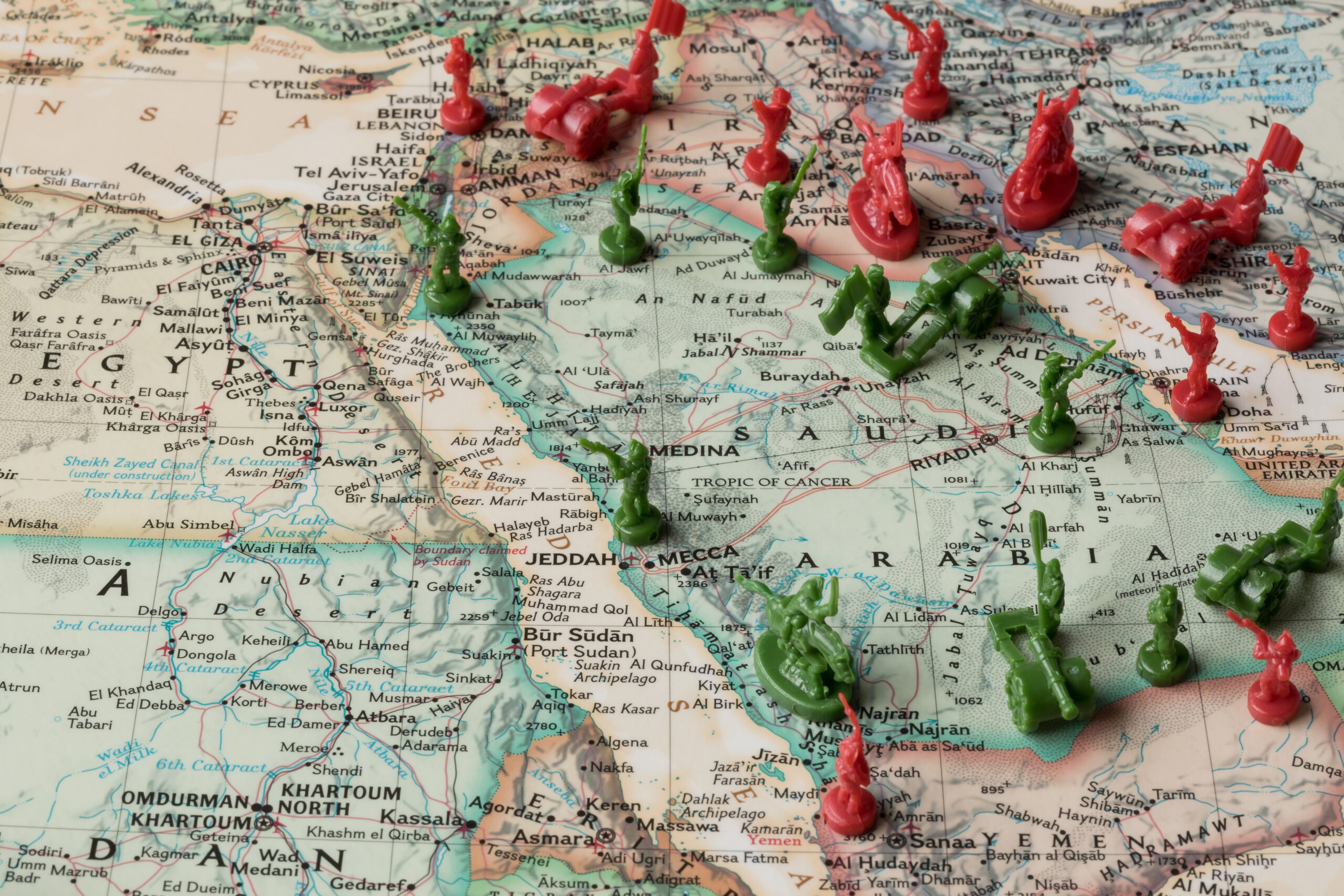 Iran and the remaining parties to the nuclear agreement—formally known as the Joint Comprehensive Plan of Action (JCPOA)—plus the United States have been locked into talks about its revival for close to a year and a half. Upon the formal adoption of the new agreement and following the initial process it outlines, Iran will have scaled back its nuclear program and the United States will have returned to compliance by rescinding most extraterritorial sanctions that hampered the Iranian economy.

Iran’s relationship with the Arab states on the southern shores of the Persian Gulf—collectively known as the Gulf Cooperation Council (GCC)—is certain to be affected by this process. The persistent security issues and tensions around the Persian Gulf continue to plague the region. But several factors have changed dramatically since the United States first left the JCPOA in 2018.

The conflicts in Yemen and Syria, in particular, will clearly not be settled by any kind of military solution.

First, the regional conflicts have largely entered a period of protracted stalemate. The conflicts in Yemen and Syria, in particular, will clearly not be settled by any kind of military solution. Damascus’ control over Syrian territory has become almost complete, save for the Idlib region and the areas controlled by the Kurdish groups and the United States. In much the same way, though there have been glimmers of hope that a diplomatic resolution can be established in Yemen, it is still in very early stages.

Second, Washington’s withdrawal from the JCPOA, loudly cheered by several GCC countries including Saudi Arabia, the UAE and Bahrain, triggered two separate but interrelated paths of escalation. The first was the escalation of American sanctions as part of the “maximum pressure” campaign, and the escalation of Iranian nuclear activity. The second path of escalation spilled into the region as Iran and the United States targeted each other’s interests. The United States targeted Iran’s state and non-state allies across the region and assassinated an Iranian general near Baghdad. Iran, meanwhile, targeted American forces and allies who look to Washington as a primary security provider.

The attacks on Saudi oil facilities in 2019 are likely the most notable of these kinetic episodes.[i] Washington and Riyadh blamed Iran, but Tehran denied involvement. Seen through the prism of the GCC states, this attack was a watershed moment in their perception of both the United States and the effects “pressure” against Iran could have. Since then, two of Iran’s most ardent regional foes, the UAE and Saudi Arabia, have engaged in a policy of deescalating tensions with Iran. Even the assassination of an Iranian general in Iraq, Qassem Soleimani, which then-Secretary of State Michael Pompeo said was partly done to demonstrate America’s resolve to its regional allies, was not enough to reverse the trend. All GCC countries, including Saudi Arabia, the UAE, and Bahrain, have now publicly stated that they would prefer the JCPOA to be restored.[ii]

This is the area in which the successful revival of the agreement is most relevant to Persian Gulf area security. The regional tensions have been substantially lowered as Iran and the United States engaged in diplomatic conflict resolution under the Biden administration. This partial truce would likely not have survived the negotiations collapsing entirely. If a return to the status quo of President Donald Trump’s final years occurred, it would be difficult to imagine it not spilling over into Iran’s interactions with the GCC countries as it had previously done.

Finally, Ebrahim Raisi was elevated to the Presidency of Iran. Whilst more conservative, Raisi campaigned upon levelling tensions with regional rivals and has clearly set out to achieve this in his first year in office.[iii] Rather than appointing a veteran of Western capitals to the position of Foreign Minister, as is the norm in Tehran, he has appointed Hossein Amirabdollahian, a former Vice Minister for Arab and African Affairs to the post of top diplomat for the Islamic Republic. This seems to signal a prioritisation of regional diplomacy by the Foreign Ministry, whose leadership has traditionally been focused on engagement with the West.

From the Iranian perspective, lowering tensions with GCC countries has a set of benefits. Like many GCC countries, Iran is increasingly aware of the level of instability caused by the escalating tension between the two sides—particularly when they manifest in the form of sectarian tensions. Iran is also aware that expanded Sino-Iran economic relations, and to a lesser extent Russia-Iran economic relations, are challenged by tensions in the region; not least because China walks a tightrope between the two sides and seeks to avoid being mired in Middle Eastern rivalries. More security-focused actors in Iran also understand that considering the current circumstances of conflicts in Syria and Yemen, some détente with Sunni arch-rivals may represent a consolidation of their gains.

There has been significant progress in cross-Gulf relations since a thaw began in 2019. Both Kuwait[iv] and the UAE[v] sent their ambassadors back to Tehran in August. Iran’s new administration has even reached out to Egypt[vi] and confidential meetings were held in Muscat between the two sides. Iran’s relations are likely to improve with the GCC states and other Arab countries over the course of the next few years but there will be significant asymmetry as to the extent and the dimensions of conflict management. Whilst GCC countries are often presented in media and even in academia as being a homogeneous anti-Iran block, they represent a complicated and sometimes divergent set of interests and approaches.

For example, though the Baghdad dialogues seem promising, the latest interactions between the United States and Saudi leadership demonstrate that Riyadh still wishes for Washington to impose pressure on Iran. So, whilst the Baghdad dialogues may be useful in lowering tensions, they likely will not result in a substantive rapprochement in Saudi-Iran relations. Bahrain, the most outspoken of the GCC countries against Iran, will also likely maintain an aggressive anti-Iran posture.

The shift in Iran-UAE relations is somewhat more promising because of the extensive trade relations between the two countries—especially involving Dubai. The UAE even recently announced, during Biden’s regional visit no less, that it intends to expand security dialogue and economic relations with Iran.[vii] Some scholars have argued that strong economic relations with the UAE, a major global trade hub, will be extremely valuable in integrating Iran into global supply chains if and when American sanctions on Tehran are eased.[viii] Whilst GCC policy was driven by what scholar Kristian Ulrichsen called a “hyper-hawkish geopolitical axis” between Riyadh and Abu Dhabi,[ix] it seems that the policies of these two nations regarding Iran have diverged to some extent.

The other three members of the GCC have had a more moderate approach to Iran in comparison to Riyadh and Abu Dhabi. Qatar has a strong interest in co-developing the major gas field it shares with Iran; Doha’s ties to Tehran improved considerably during the GCC row when it was pressured by Saudi Arabia, the UAE and other GCC members. Kuwait, on the other hand, maintains a friendly but arms-length relationship with Iran. Oman has also maintained friendly diplomatic and economic relations with Iran and even played an important role in the secret 2012 negotiations that culminated in the JCPOA, at a time when such an agreement was anathema to some others in the Council.

GCC members see Iranian policy, particularly regarding its non-state actor alliances, as being the major source of conflict and instability in the region.

GCC members are more aligned on the fact that they see Iranian policy, particularly regarding its non-state actor alliances, as being the major source of conflict and instability in the region. For them to be willing to entertain any kind of paradigm shift in the relationship, Iran would have to make major withdrawals of support for such groups.[x] For Iran, however, it is the GCC countries themselves, or more specifically their reliance and courting of extra-regional actors, that is the main source of instability. From Tehran’s perspective, it is the reliance of these states on Western, and especially American, security providers with hegemonic ambitions that poses the greatest threat to Iran and the greatest obstacle to security in the area.

Simply put, GCC countries need extra-regional support to balance against a country of Iran’s size and strategic capacities, whilst Iran needs non-state actor alliances to balance against the global powers whose bases line the southern shores of the Persian Gulf. It is this fundamental and seemingly insurmountable difference in position and perception that is the strongest barrier to any foundational shift in relations across the Persian Gulf. The current circumstances are still well-suited to a levelling of tensions and some expansion in diplomatic and economic ties across the Persian Gulf, but a moment of inflection still remains elusive. Ali Ahmadi is a scholar of sanctions and geoeconomics. He is currently an Executive Fellow at the Geneva Centre for Security Policy (GCSP) and a Research Fellow at the Brussels-based Vocal Europe foreign policy think tank.
See all articles by this author 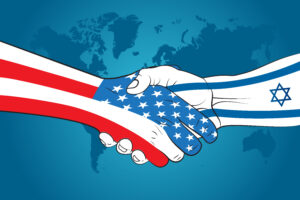 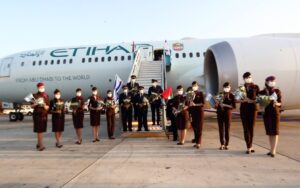 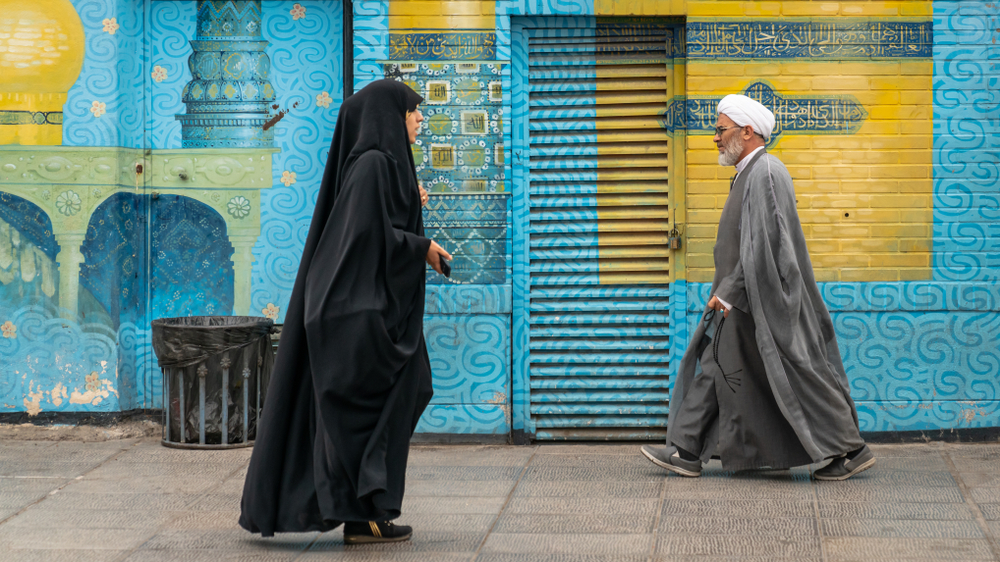 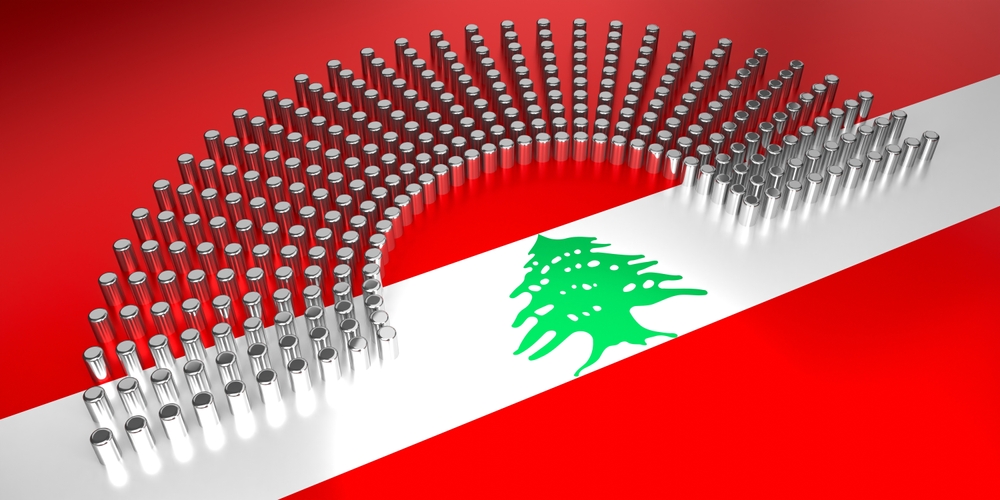 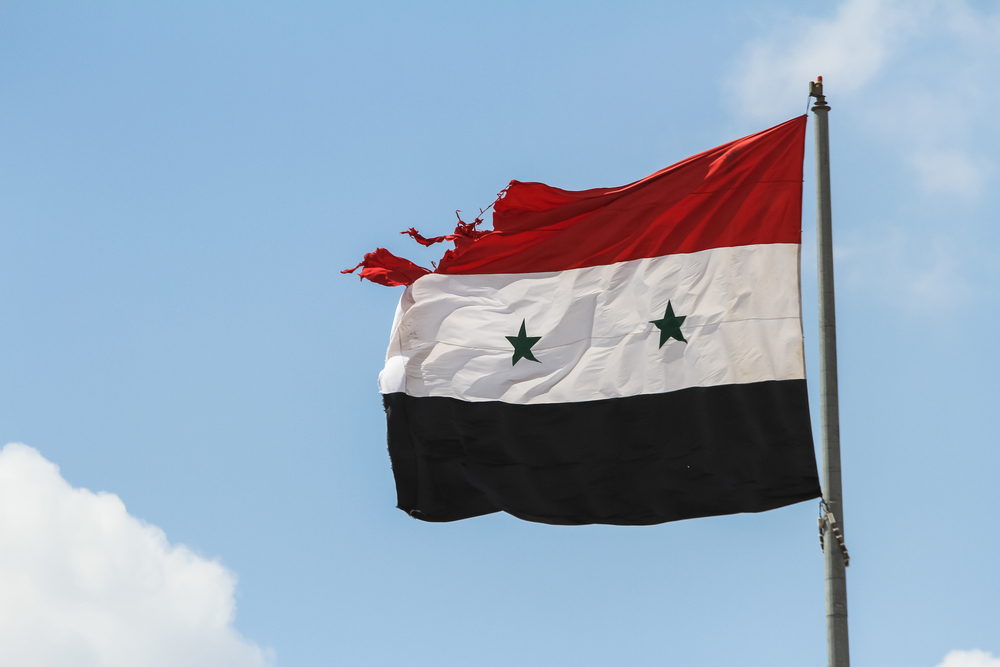 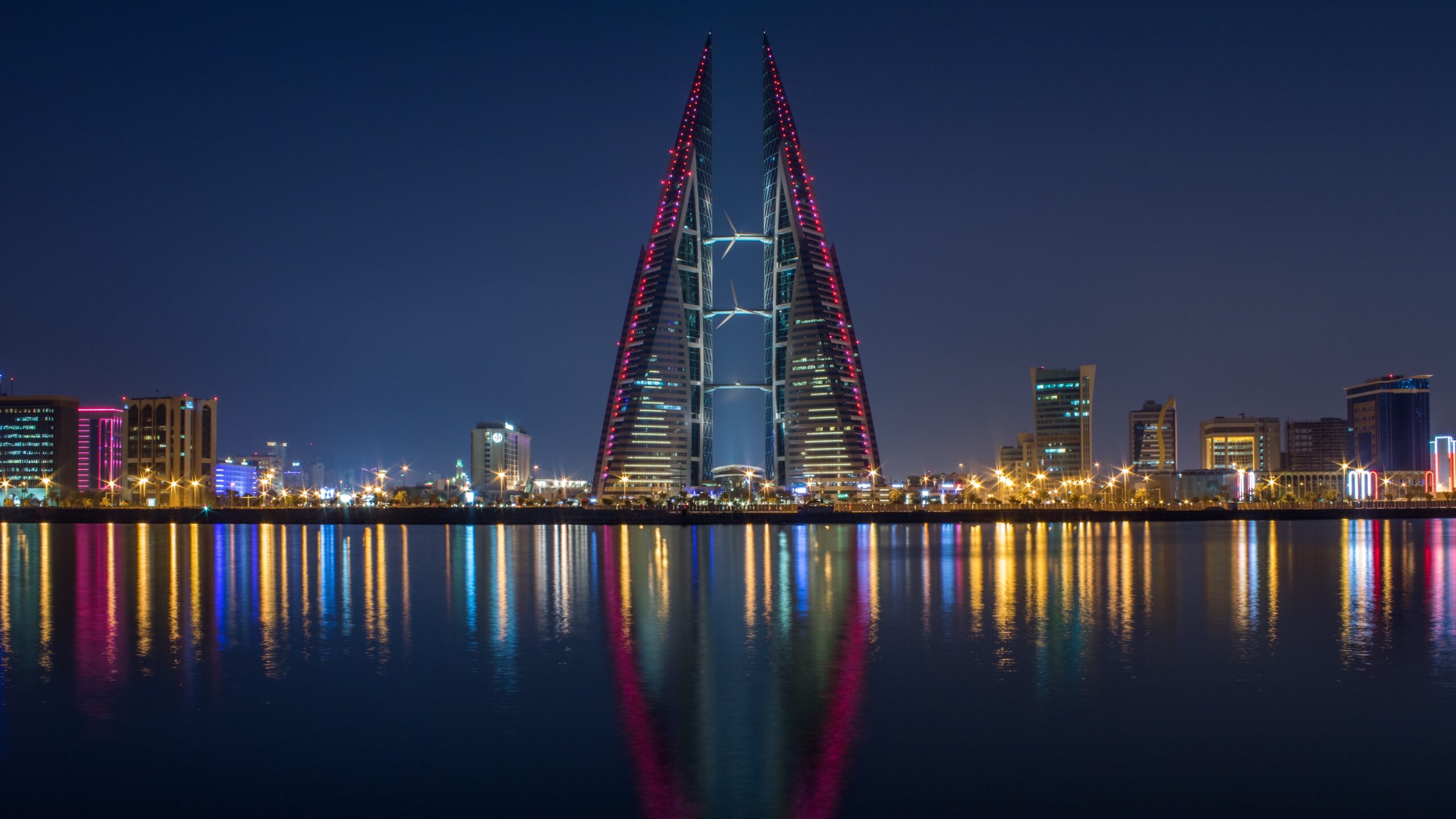 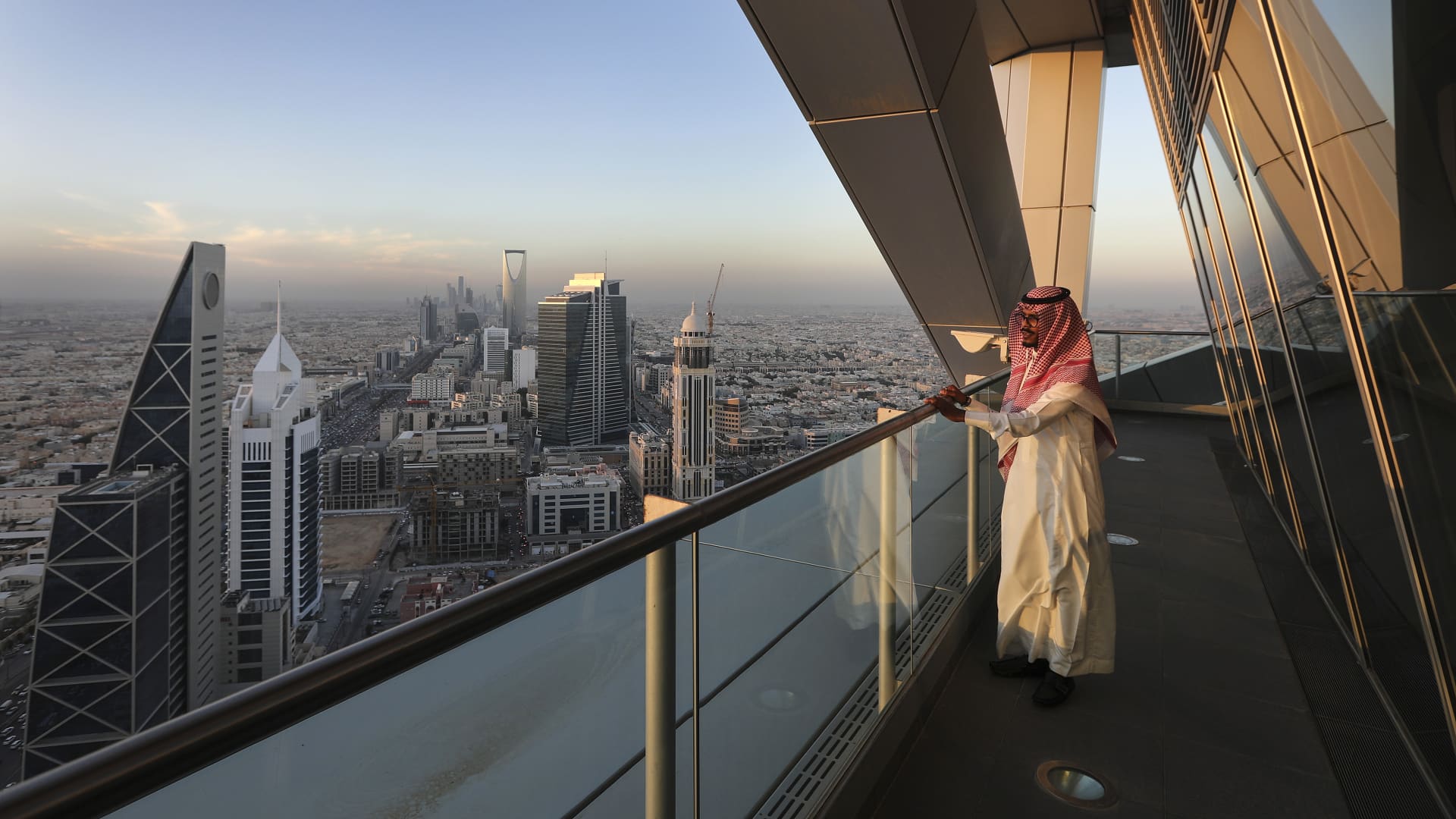 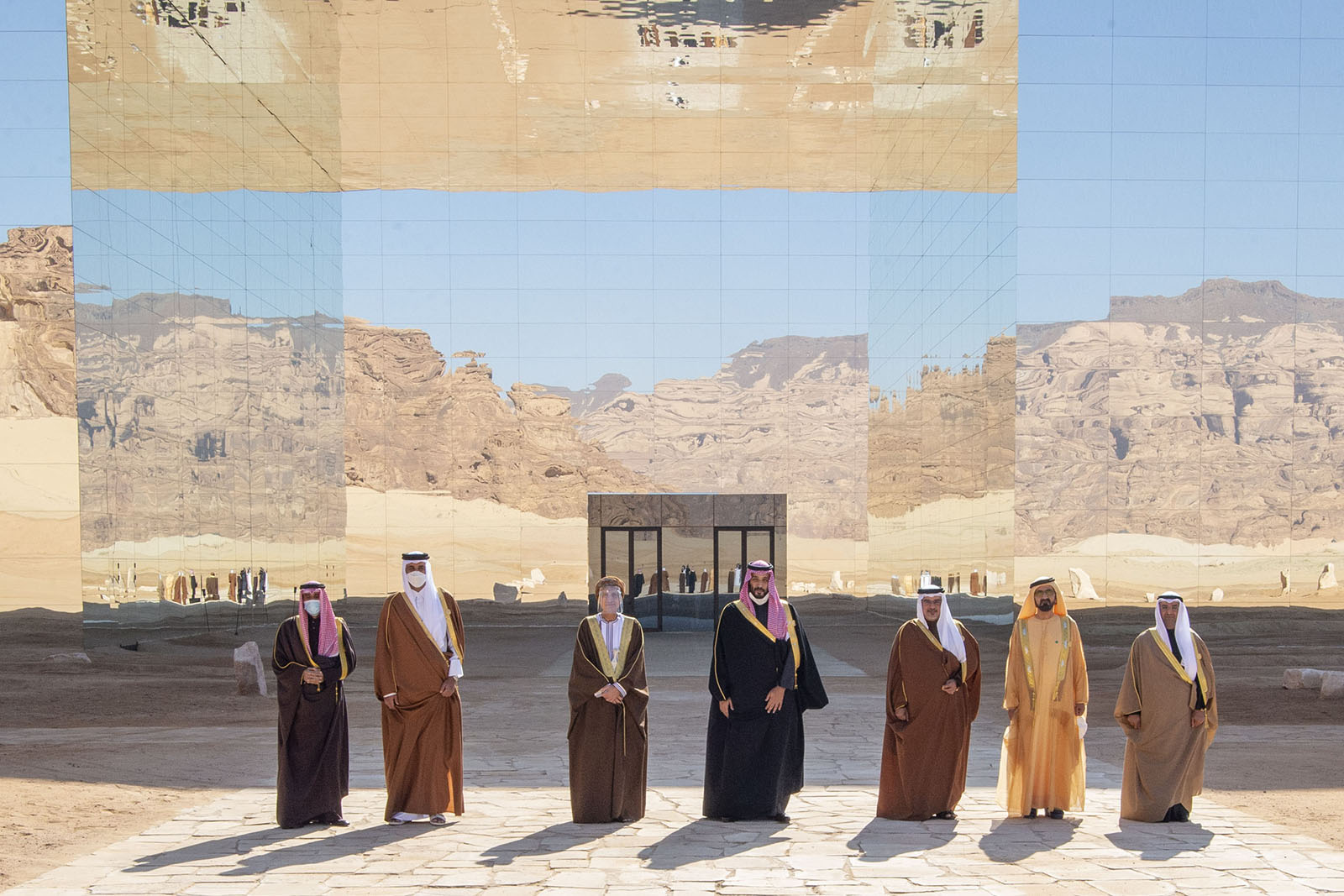 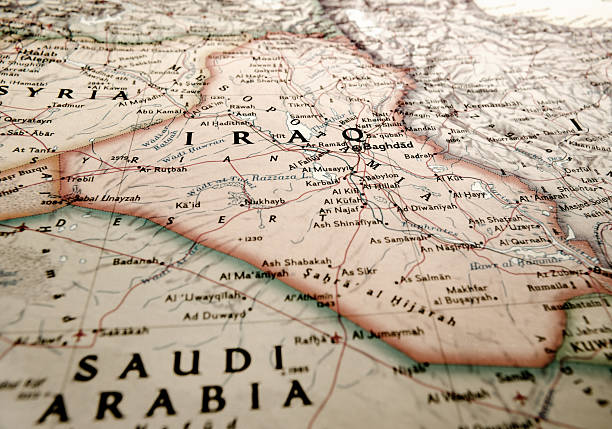 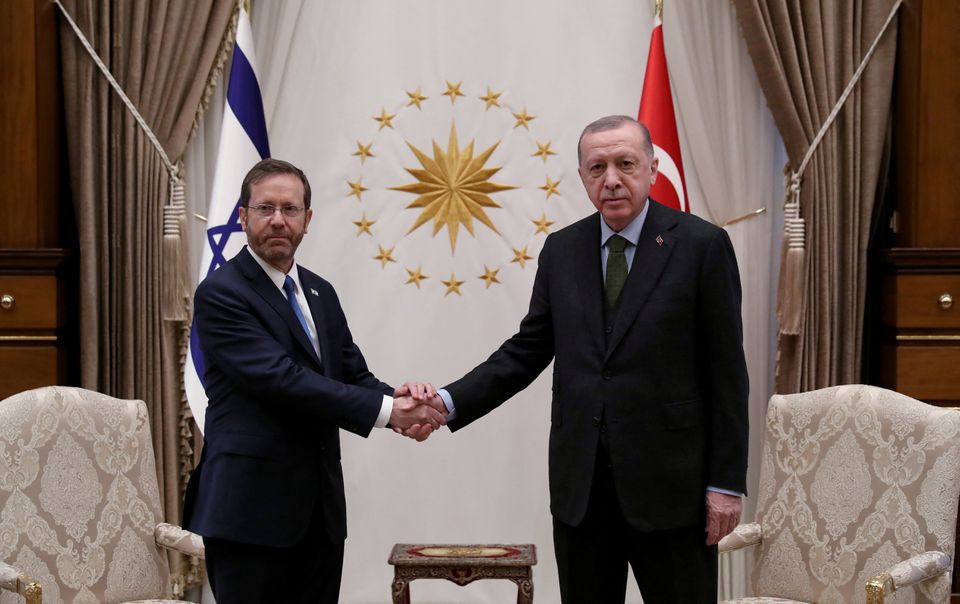 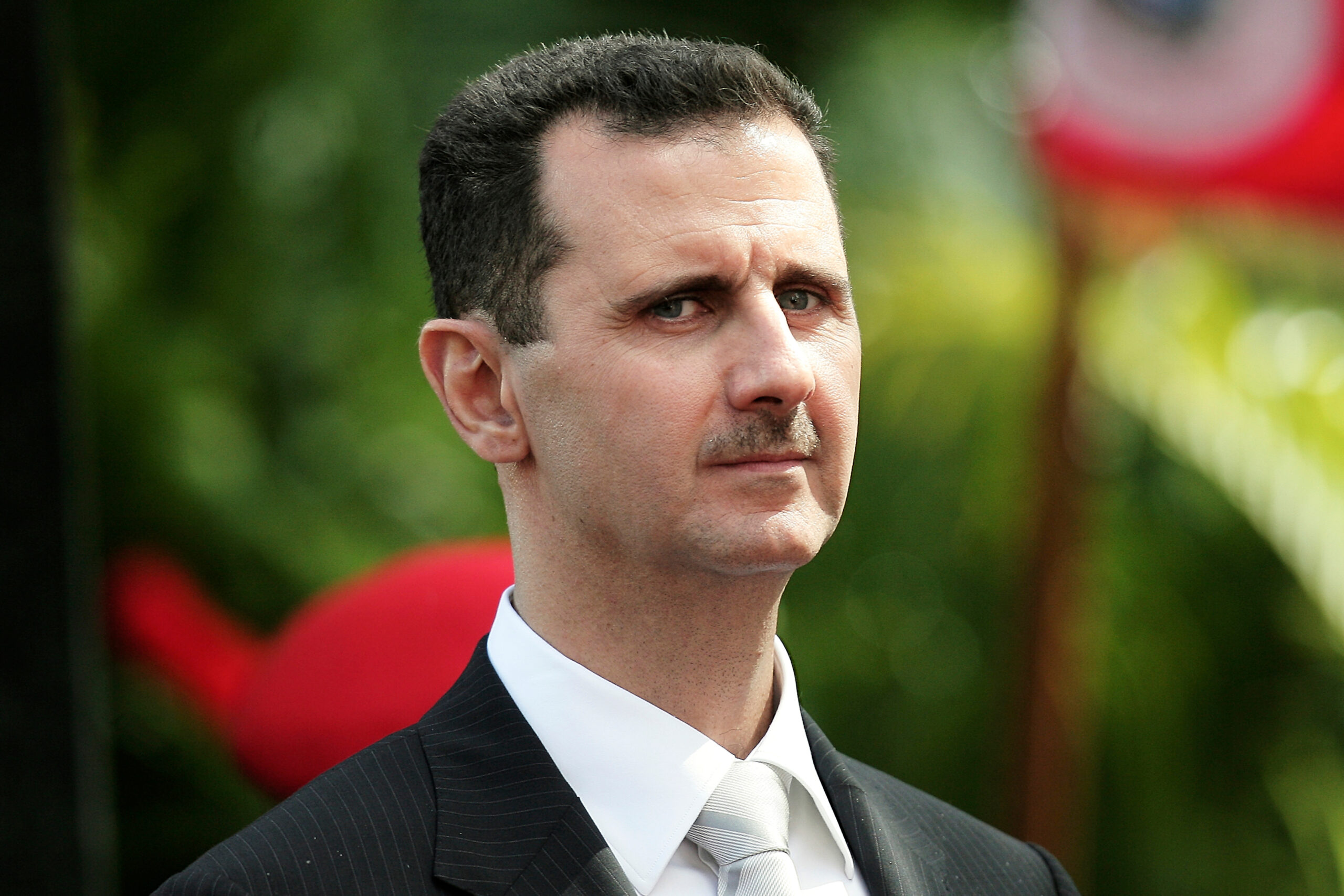