Lebanon and Israel are stuck in indirect negotiations over where the lines should be drawn with respect to their maritime borders and the scope of each state’s rights to explore for natural resources. But will a deal help ease historic hostilities between the two neighbors, thereby reducing the risk of another destructive war?

The United States (both an Israeli and Lebanese partner) has inserted itself as an intermediary in the hope a deal can be reached. Top officials such as Lebanon’s Foreign Minister Abdallah Bou Habibi have optimistically predicted that a deal with Israel is close.

“There has never been optimism to the extent that there is today,” Bou Habib stated. This is certainly good news. A bargain which allows Lebanon to access the natural gas and oil that have been discovered off its coast could unlock the economic windfall that the country needs to recover from its 2019 financial crisis.

Amos Hochstein, the leading U.S. diplomat, arrived in Beirut last week with a mandate to resolve the two countries’ maritime dispute. Yet the negotiations are facing headwinds from some Lebanese political actors, as Hochstein, an Israeli who formerly served in the Israel Defense Forces, has had trouble demonstrating that he is an impartial interlocutor. Considered alongside the United States’ “special relationship” with Israel, it is clear why some Lebanese believe that Washington is more attentive to serving Israel’s interests in the negotiations than brokering an equitable agreement which benefits both sides.

This scepticism has split the Lebanese approach to maritime disputes. Though many in government favour of diplomacy, others are prepared to use force to guarantee Lebanon the right to extract oil and gas. Hezbollah’s Secretary-General, Sayyed Hassan Nasrallah, has repeatedly threatened that he will mobilise the use of force if Israel begins to drill for gas before a deal reaches completion. It is clear that, where Bou Habib’s diplomatic approach might be ambiguous, it is exceedingly difficult to misinterpret Nasrallah’s position. If Lebanon cannot take steps to produce its oil and gas wealth from the sea, he has urged, then neither can Israel.

Nasrallah’s position, however, is not mere symbolism. After he announced in a televised speech that Hezbollah had sent unarmed drones to the Karish gas field, the Israeli military announced that it shot three of them down by July 2nd. Regardless of Hochstein’s actions, Nasrallah said, Hezbollah will act to ensure that Israel is not able to reap the benefits from which Lebanon is unjustly barred.

Hezbollah’s involvement in Israeli-Lebanese negotiations has brought to the fore political problems that U.S. and Lebanese diplomats did not initially account for. Israel military leaders, for one, held that the Lebanese UAVs were on a reconnaissance mission which violated Israeli sovereignty over the Karish rig. For its part, Lebanon disputed this and argued that the Karish field’s status cab only be settled through negotiations. In a statement alongside Bou Habib, Lebanon’s prime minister, Najib Mikati, went further by condemning Hezbollah’s deployment of drones: “Any act outside the responsibility of the government and the diplomatic path in which the [maritime border] negotiations are happening is not acceptable and poses risks that are avoidable.”

Despite Mikati and Bou Habib’s joint statement opposing Nasrallah’s actions, it has muddied the diplomatic waters that they are seeking to navigate. However, the two Lebanese leaders also reiterated previous calls for the cessation of Israeli violations of Lebanon’s sovereignty. A research study on the matter concluded Israel has conducted over 21,000 illegal overflights in the past 15 years. Nasrallah says the government should leverage Hezbollah’s power in the talks to speed up a solution to the maritime issue.

Nasrallah sees Hezbollah’s power as an asset for the Lebanese government in the negotiations. In fact, he has stressed that the Lebanese government has “no control” over the group’s military operations, and, if Israel want to reach agreement with Lebanon – and forestall another bloody conflict – it ought to take into account Hezbollah’s political demands. As Hezbollah has suggested, Israel ought to stop “playing with time“ and remember the billions of infrastructure damage and significant loss of life that resulted from the two adversaries’ last conflict in 2006.

This complicated web of actors – spanning from diplomacy to extra-political parties – has changed the course of diplomatic engagement between Israel and Lebanon. Though both sides still agree that a settlement on the maritime crisis can only be achieved through diplomatic negotiations, the context is rapidly shifting. In light of this shift, Israel’s energy minister, Karin Elharrar, has sent a new proposal to the American negotiating team that, as one anonymous Israeli official said, offers Lebanon the chance to develop its energy infrastructure in the disputed area, whilst still protecting Israeli economic interests. And, according to a statement Hochstein made on August 30, there are positive indications that a diplomatic victory is within reach.

Lebanese and Israeli leaders are making new concessions and compromises that would have been unthinkable just a few years ago. In pushing for a new settlement, Hochstein is laying the groundwork for agreement that can secure the futures of both peoples. But, if it fails, the fundamental role Nasrallah and Hezbollah have played in shifting the agreement’s international context puts both nations in a precarious position. Indeed, the likelihood of a new conflict breaking out between Israel and Hezbollah – if there is diplomatic fallout – is all the greater.

Adnan Nasser is a foreign policy analyst and writer with a focus on Middle East politics and relations. He tweets @Adnansoutlook29.
See all articles by this author 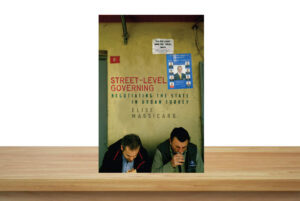